Dusty came to SEVA GRREAT in February 2018 from a rural shelter. He was blind and initially estimated to be 12+ years old.

Our vets felt he was closer to 8, and he settled in quickly to his foster home. He did give us an initial scare when he became very ill with several tick-borne illnesses. He was hospitalized for several days and we feared the worst, but he recovered completely thanks to the rescue. He is doing well overall with no medical issues at this point other than managing his weight. His quantity of food has been reduced and he gets walks regularly. We plan to take him to the vet periodically just to get him weighed so we can monitor more accurately his progress. Dusty gets around quite well. No one would guess that he was vision impaired until he occasionally bumps into you or miscalculates door jambs and the placement of chairs. We keep the position of furniture the same and our walkways clear with Dusty in mind to keep that to a minimum. Dusty enjoys playing with his foster brothers, Cole and Teddy, especially when we all go for walks, one of his most favorite activities. He also loves playing with Darren outside chasing him and running after one another with Dusty following the sound of Darren's voice.

Dusty’s one “fault” is that he does bark a lot – both in the house but especially outside. He loves being outside lounging on the deck or our small patio but he barks so much sometimes that we have to call him back inside. Other than that, all is well, and Dusty has been become a wonderful addition to our family. 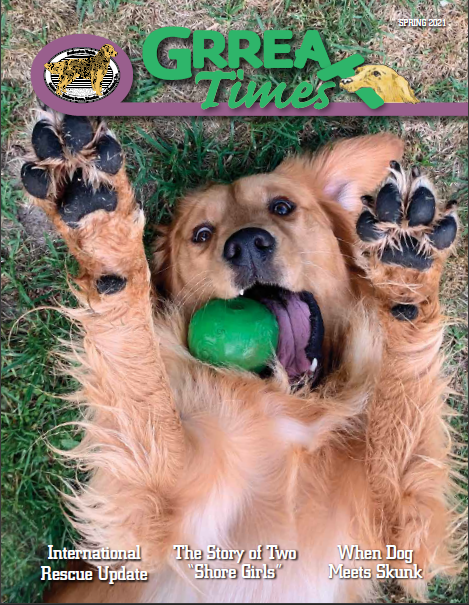 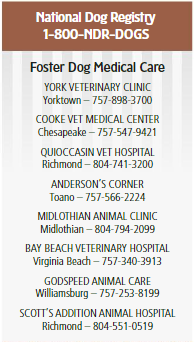